1995: The end of life as I knew it:. I began experiencing excruciating burning pain in my hands, arms and legs. In 1996 fibromyalgia was not recognized by the medical community as a “real” ailment. Doctors considered it to be a syndrome: unexplainable, unverifiable and in all probability psychosomatic. Their unofficial diagnosis was “Hysterical Middle Aged Woman’s Syndrome”. 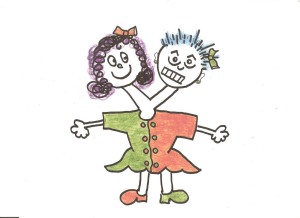 Doctor after doctor, told me, test after test after expensive test came back negative, that nothing was wrong with me and to go home and “Get a life”. Some looked at me knowingly, like we shared a secret “You’re a psychotherapist. You know about psychology” – Wink, Wink. The only reason I winked back was to blink away the tears that were threatening to disrupt the façade that I wasn’t a hysterical middle-aged woman.

I just wanted someone to put a name to what I had. Gynecologists, gastroenterologists, cardiologists, neurologists, rheumatologists, environmental specialists, acupuncturists, immunologists, chiropractors, Yup you are reading right! They are ALL in the plural. I didn’t just see one of each. I saw private practitioners, researchers, and heads of hospital departments. I’m sure each of them wrote “HYPOCHONDRIAC” on their charts.

Over two-plus decades later I’m no longer middle-aged or hysterical.  It is still a struggle and some mornings I wake up feeling like a locomotive hit me and the bottoms of my feet on fire even tho the only thing they touched for 7 hours was a sheet.  BUT now that the pharmaceutical companies have realized there’s over 10 million people, in the United States alone and millions more world-wide with this condition the research is progressing.

Fibromyalgia and chronic fatigue/ME are now recognized “officially”  as an illness.  The research now points to the possibility these conditions are auto-immune, neuro-inflammatory disorders in the brain.

Those doctors were right after all — it IS all in my head!

Originally posted on CURIOUStotheMAX clink on the link to see special posts: how-to techniques and information on coping with isolation, anxiety, depression during these uncertain times during the pandemic (a bit of humor too).   Watch this spinning dancer to determine if you use your left or right brain. Can you make her spin in the opposite direction? […]