My husband and I were at the store and a woman, a DISCERNING woman, commented on my decorated sling.  My husband said proudly, “She’s wearing a sling because she just had a pacemaker implanted!”  I know he’s doing everything in his power to make this a positive experience.  This made me reflect on the difference between “getting fibromyalgia” and “getting a pacemaker.

The major differences between people’s reactions: 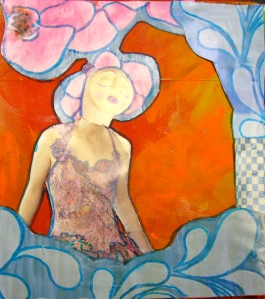 How are you feeling?

Here, let me do that for you”,

“Don’t over exert yourself”

“It’s ok that you are sleeping all the time, your body needs rest to heal.”

“My Uncle (Aunt, friend, Father, co-worker) has had a pacemaker for 59 years” 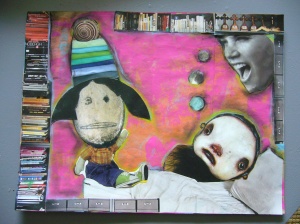 (I don’t dare ask how she’s feeling because she’ll tell me),

“Do as much as you can because it’s not good to be sedentary.”

“It’s been over a decade since you were diagnosed and you are STILL sleeping all the time!”

“Just quit focusing on it”

“You never want to do anything or go anywhere anymore.”

AND No one has ever said:  “I know you’ll do well with your fibromyalgia”

In retrospect I should have gotten a pacemaker at least a decade ago!

One comment on “Reactions to Fibromyalgia and a Pacemaker”

Snack Your Way to Mental Clarity

This caught my eye, or more like it my appetite.  I’m always on the look-out for how I can eat more, feel better and not gain weight . . . These recommendations by *Mike Dow, Ph.D.,author of The Brain Fix are now on my menu. “You can actually snack your way to mental clarity. . . . Dow says […]