It’s very difficult to design VALID research studies and this one is no exception.  Read on for my scientific reasoning.

“German researchers gave a group of men a dose of oxytocin thought to be roughly the amount released by the brain after breast-feeding or sex, (I think it would have been a more valid study if the researchers tested NATURAL levels of oxytocin while  the men breast feed or had sex but they probably couldn’t figure out a lot of stuff I’ve identified) according to lead author Manfred Hallschmid of the University of Tübingen”. (I’m sure the researchers surmised it would be nearly impossible to get a release of liability from the mother’s who would provide infants for men to breast feed.)

“These men and another group who took a placebo then had a chance to eat as much as they wanted at a breakfast buffet, and later the same day they were offered snacks”.  (The difficulty with studying actual sex is that it would have been impossible to get a valid measure of AS MUCH AS THEY WANTED .  Further complicating the research design would be getting a consensus on what is a sex snack).

“Those who took oxytocin ate fewer snack calories, but the hormone did not change how much the men ate during the main meal,suggesting that oxytocin affected pleasure eating without suppressing normal appetite mechanisms.” ( if sex was used in the actual study it would be nearly impossible to come up with a valid measure of PLEASURE vs NORMAL or consensus of main vs snack) 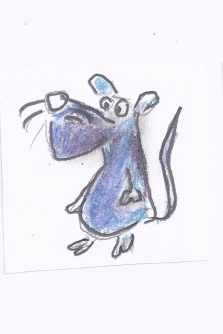 “The researchers hypothesize that the hormone diminished reward-seeking behavior initiated in the ventral tegmental area of the brain, a region found to be highly sensitive to oxytocin in rodent studies“ (I do agree with this hypothesis. Rodent sex and human sex are valid comparisons as we are both mammals).

“The effect may also be stress-related: subjects who took oxytocin saw a drop in their levels of the stress hormone cortisol, according to the paper published in 2013 in the journal Diabetes. More work is needed to understand whether oxytocin could be used to treat obesity, but until then the finding at least hints that it may be possible to curb your cravings by having more sex.” (giving you less time to eat)

(My reasonable conclusion:  It’s very stressful for men to breast feed because of performance anxiety . . . raising cortisol levels . . . thus necessitating the need to have sex snacks in addition to regular meals . . . which results in weight gain)

If you don’t believe me read the article: http://www.scientificamerican.com/article/sex-hormone-lessens-snacking/