“I photograph by hand; this is not a time lapse. … It’s my eye seeing very specific moments.  I like to describe myself as a collector.”  Steven Wilkes

“Once Wilkes has all the images, he picks the best moments of the day and the night and creates what he calls a master plate. Those images then get seamlessly blended into one single photograph, where time is on a diagonal vector, with sunrise beginning in the bottom right-hand corner. That process of creating a single image can take about four months — though it’s photographed in a single day.
of magical moments.”‘

View from The Savoy, London, Day to Night, 2013.
Courtesy of Stephen Wilkes 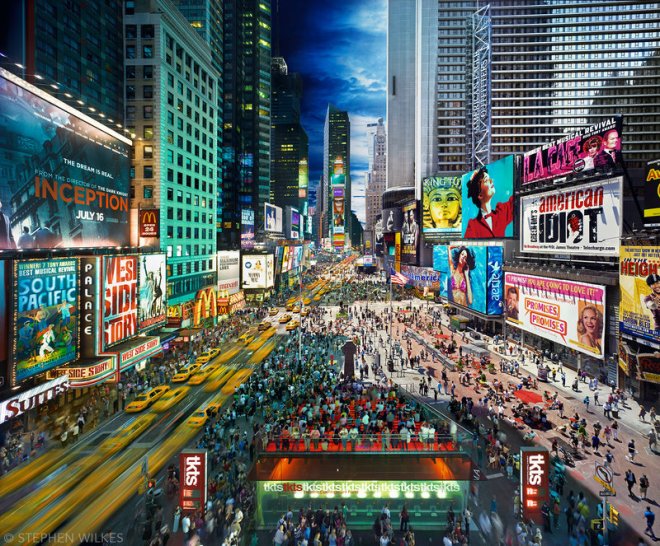 In this last photo of Serengeti National Park in Tanzania – “For 26 hours, Wilkes shot 2,200 photos without moving the camera and while suspended in the air in a tent-like structure with a little window, so that animals wouldn’t see or hear him as he photographed them coming to a watering hole from sunrise to deep into the night.”

Read the interview and article by Nina Gregory here ‘When People Can See Time’: Photographer Captures Day, Night In One Image

Take a look at Stephen Wilkes Gallery Day to Night

5 thoughts on “When people can see TIME”

Wadda ya say? Comments HERE! (Depending on energy, I may not be able to respond to every comment but I READ every word of every comment!) Cancel reply

“Have no fear of perfection, you’ll never reach it” Salvador Dali