Those of you who have followed this blog or CATNIPblog know I was diagnosed with fibromyalgia in 1996.  That’s approximately when my battle with eating too much – preferably carbohydrates mixed with liberal doses of refined sugar – began.  I eat constantly throughout the day.  If I’m bored, depressed, upset, happy, sad, tired, excited, I eat.   My theory was I was self medicating, creating a dopamine surge in my brain to dull the fibro pain.  Mice are now disproving my rationalization.  Mice of all things.  Who knew? 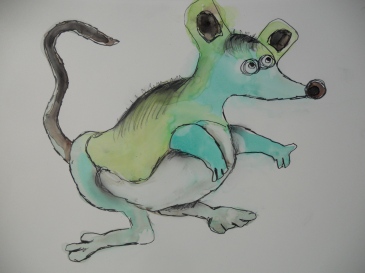 The Mouse “Knows” by judy

Penn neuroscientists have found that animals’ brains can suppress feelings of chronic pain when they are hungry.

The study, which was published in the science journal Cell, found that temporarily shutting down chronic pain is part of animals’ survival behaviors when searching for food.

According to a press release, approximately 300 neurons are capable of shifting the brain’s focus to hunger, thus eclipsing the effect of chronic pain.

The researchers apparently didn’t set out expecting that hunger would influence pain sensation so significantly, but when they saw these behaviors unfold, it made sense to them. “If you’re an animal, it doesn’t matter if you have an injury, you need to be able to overcome that in order to go find the nutrients you need to survive.”

Experiments were conducted on mice and found that compared to their well-fed counterparts, hungry mice had less of a response to inflammatory pain. The effect of hunger on mice is similar to that of an anti-inflammatory painkiller, the report said.

The Penn team also discovered that the neurotransmitter NPY is primarily responsible for selectively suppressing pain responses. This research could potentially be applied in humans to ameliorate chronic pain after injuries and serve as an alternative to opioid medications. 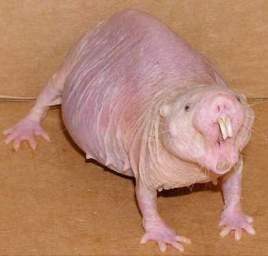 Naked Mole Rat sez:  “At your service. We rodents are here to help”.