On a plane ride returning back to California from a trip to Alaska, I opened an in-flight magazine and was mezmerized by a picture of Multnomah Falls, a waterfall so beautiful that I knew I had to go see it in person. 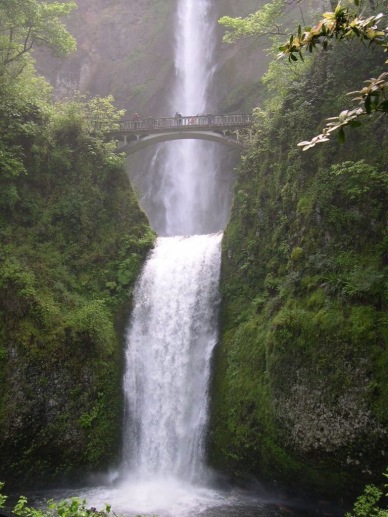 The area is known for its high concentration of waterfalls, with over 90 on the Oregon side of the Gorge alone.[1] Many are along the Historic Columbia River Highway, including the notable The gorge was formed when an upstream glacier broke and came crashing through a riverbed towards the ocean. The flow of melting ice and debris widened the riverbed.

“The same Ice Age floods that created the Willamette Valley carved a wide river gorge through the Cascade Mountains, tearing through ancient volcanic rock and cresting at more than 700 feet high. After the floodwaters receded, they left behind a mighty river flanked by towering cliffs, its tributaries now flowing into dozens of towering waterfalls – the tallest, Multnomah Falls.” 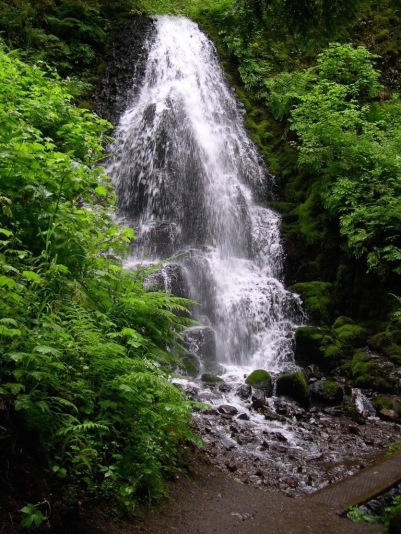 I’m happiest around water and tons of water cascading over beautiful terrain was my idea of heaven on earth. I invited my two daughters and a friend to join me on what turned out to be a wonderful trip. We hiked steep trails, had picnics in the rain, and  decided we wanted to quit our jobs, move to Oregon and buy a small restaurant. Needless to say that never happened. 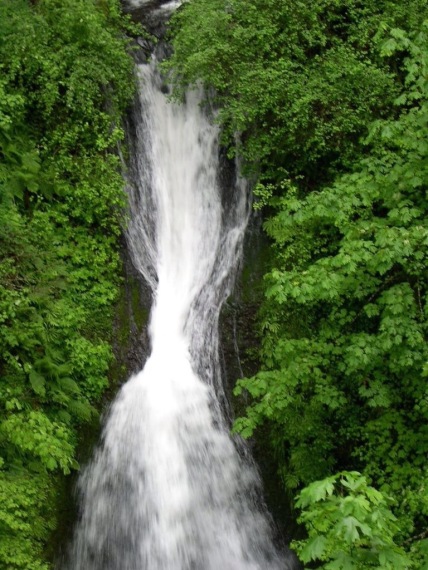 “The Columbia River Gorge began forming as far back as the Miocene (roughly 17 to 12 million years ago), and continued to take shape through the Pleistocene (2 million to 700,000 years ago).” 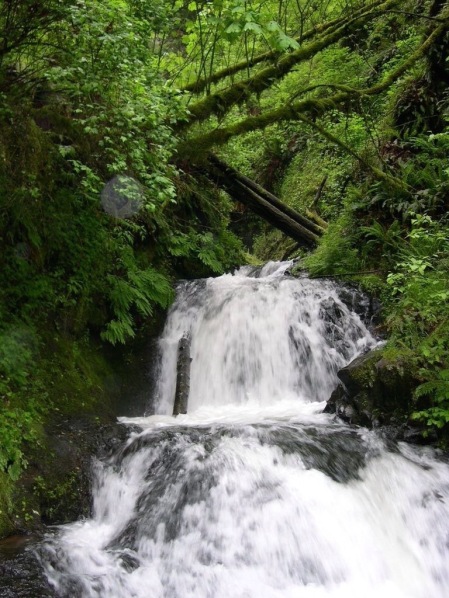 We never opened the restaurant.  Now that I’m retired I’ll settle for a vacation home next to a waterfall and take-out dinner.

The Earth Plays music for those who listen The next time you walk to your car, sit in a park, lay on the beach, mow the lawn . . . listen, BREATHE. Click on the CURIOUStotheMAX link to see special posts   how-to techniques and information on coping with isolation, anxiety, depression during these uncertain times during […]