Unbeknownst to you, who read posts, on MAXyourMIND and CURIOUStotheMAX, you occupy an important place in my ever shrinking life.

If you are a recent blog follower you may not know I struggle with a chronic condition – fibromyalgia/chronic fatigue.  I look fine (except for the weight I’ve gained self-medicating on food) and when out and about I am reasonably coherent and polite  Few people would know:

I was diagnosed in 1986 when the “condition” was considered by doctors to be psycho-somatic – not real, just something I “thought” was wrong with me and psychiatric treatment was needed. 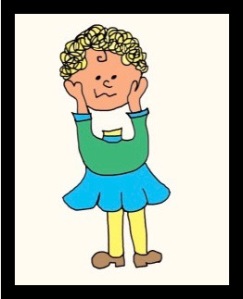 As I’ve gotten older (and of course, wiser) my system responds more and more negatively to all kinds of stimuli.  Just reading, watching, listening to strife, mayhem, pillage or plunder (whether fact or fiction) as even pleasurable activities, like being with friends, can trigger days of physical and mental exhaustion.  I could go on and on about all my “symptom-stuff” but it depresses me to write about it (a symptom not talked about because it requires psychiatric intervention, just like all the doctors believed). I’m not complaining (I save that for my husband and close friends – aren’t they the lucky ones, irony intended).

Why then am I yet again writing a post about fibromyalgia/chronic fatigue?  After reading Ron Davis’ story I decided it was a small thing I could do to help raise awareness for National Fibromyalgia ME/chronic fatigue day.

Ron Davis pioneered technology that fueled the Human Genome Project. Now his greatest challenge is curing his own son.

Whitney was functioning as a photographer for a good portion of his young adulthood until his ability to withstand any outside stimuli increased and his functioning declined.  He is now bed ridden, fed through a feeding tube and all sensory input – sight, sound, touch – triggers an overwhelming, debilitating cascade of symptoms.

These types of “conditions” are beginning to be researched (now that pharmaceuticals have realized there are millions of people afflicted world-wide and million of dollars to be made).  Fibromyalgia is one of the most common chronic pain conditions. The disorder affects an estimated 10 million people in the U.S. and 3-6% of the world population.

I thank you for being a part of my life (a much bigger part than you ever knew), helping me keep my brain working, my sense of humor in tact (if not in bounds) and give me a reason to contribute in some small way.

I say a Baha’i prayer every day and thank God for what he hasn’t given me.  I’ve been blessed and unbeknownst to you, you are all a part of my blessing.

Difference in reactions to Pacemaker & Fibromyalgia

If you want to know more about these invisible illnesses you can read.

8 comments on “Whoa is me (no complaints, just the facts – parenthetically speaking)”