If you don’t know by now, Judy is constantly “on the prowl” for ways to doodle, experiment and as she says . . . “creatively procrastinate”.

She made blobs of watercolor, “found” faces and  blobbed on hair. Hopefully she wasn’t creating portraits of her friends . . .  like me.  Peggy

Introducing the Blob family by Judy 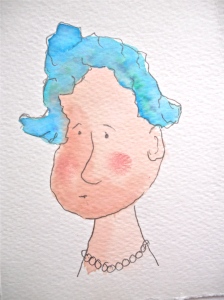 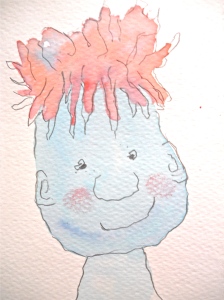 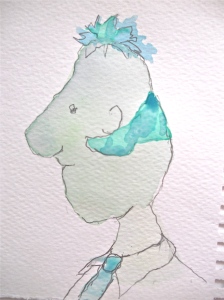 As YOU ALL know my favorite things to draw are nudes . . .

Swing from the trees

go out on a limb

Sometimes wanting to be “perfect” stops me from finishing projects.  I’m now too tired to strive for perfection.   I figure it’s time to experiment and remove expectation to get my “spark” back.

I’m comfortable abstractly sloshing paint color around but “drawing” is another matter.  Put a pencil or pen in my hand and I tighten both my grip and expectation.

With that in mind, I purposely held the pencil very loosely and literally scribbled “areas” rather than try to draw perfect lines.  I didn’t bother trying to copy anything, look at any references, decide where the light was coming from or have a plan.  I just scribbled.   I like the looseness of the drawing and taking away expectation of being precise was enjoyable.

Maybe this is a good lesson to apply to other areas of my life . . . 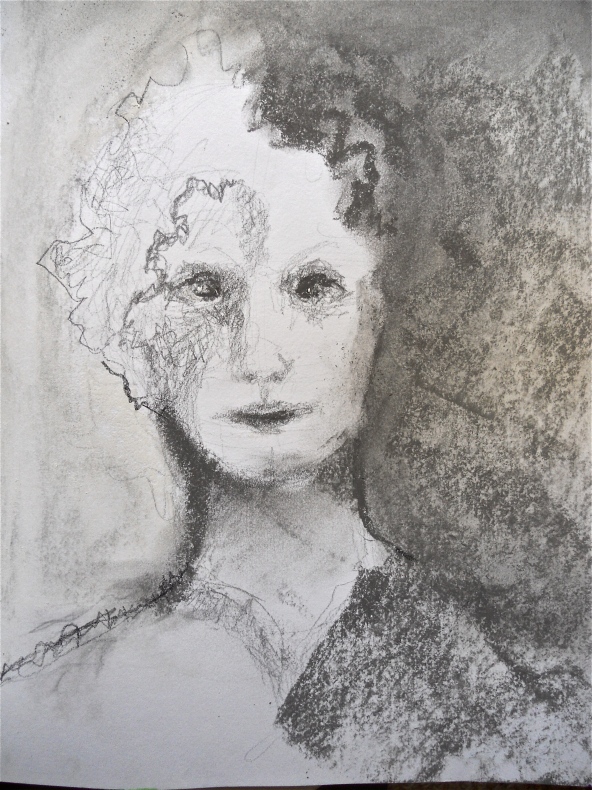 For those of you new to my blog read the beginning of the story below to learn how Stroppy and her lonely astronaut ended up in the black abyss of outer space.

Writing challenge #3 –  A 10-word story using the following 5 words:  Fedora, Patagonia, pink, melancholy, and Pneumonoultramicroscopicsilicovolcanoconiosis (apparently the longest word in the dictionary, meaning a lung disease caused by inhalation of very fine silica or quartz dust – which, as we all know, is easily contracted should you find yourself untethered in space)

*”Patagonia” is one of Stroppy’s nick-names, which she often uses when feeling a bit frivolous. 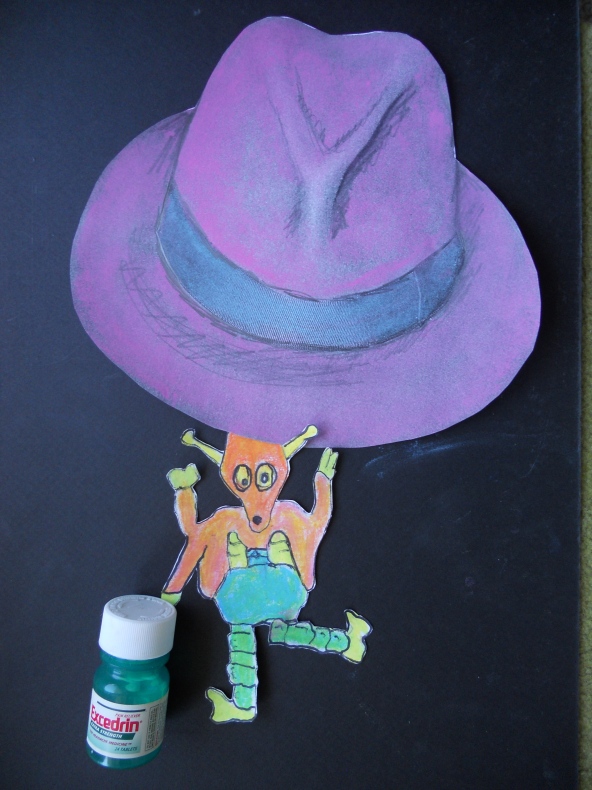 Nuzzling the alien Stroppy, the lonely astronaut watched the tomato-earth rise. Stroppy comforted him. It’s no fairy-tale in space.

Writing challenge #2 – use the following sentence in a story of any length: “I can’t believe I’m actually going to do this, I thought.”

Stroppy eyed her lonely astronaut tethered next to her in space I can’t believe I’m actually going to do this, she thought. Now that we’ve nuzzled it’s time. She bit cleanly through his safety tether and taking his gloved hand in hers pointed the jet thruster toward home. With a twinkle in her eye and terror in his, they zoomed off into the vacuum of space to meet Mom and Dad.

I’ve been a bit sparkless but Carla Sonheim’s Spark lesson on doing one-line faces I had energy for.

One I drew from my imagination, one using a photo of a real person and another is a person on TV.  Bet you can’t tell which is which . . . !

You can do this too. Just put your pen down on the paper and keep drawing using one continual line.  It’s fun and easy . . . as long as you have no expectation to have it hanging in the Museum of Modern Art.