Here are some fun, FREE resources for social distancing and self isolation-check them out!

Online University learning of all kinds of subjects 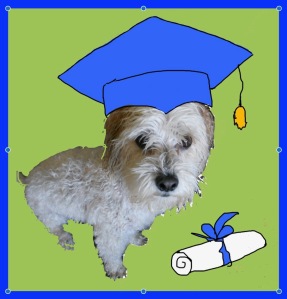 I (judy) have taken 2 of the courses and they were excellent.  Since I don’t need any more degrees or certifications I never did the papers or took the tests . . .  just watched the lectures and did the reading.  There is a large catalogue of classes from colleges and universities all over the WORLD.  Fabulous resource. 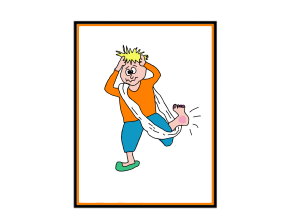 The at-home workouts are streaming on the company’s Facebook page, open to anyone, including non-members.

Because I love all of you I (Peggy) sacrificed myself and tried two Planet Fitness on-line workouts.

I tried 2 Planet fitness workouts.  They were actually great!  The instructors made it easy to follow all the exercises, all of which could be modified to easier levels.

To make sure all of you could do the routines I did the easier levels, even though I didn’t NEED to, of course . . .

I am recovering from a sprained ankle and didn’t want to jump on my foot, so I was clever enough to figure out ways to keep both feet on the ground.   (I couldn’t think of other excuses to modify more exercises but carefully watched how they were done.)

Instructors do warm ups and cool downs. Have a chair handy and water.  You get 15 second rests in between the exercises.

Another thing I liked is the instructor stopped exercising in order to continue talking.  That allowed me to stop early too so I could hear what he was saying without the distraction of exercising . . . The workouts are scheduled for 4pm PST. I was late but no one said anything. There are many workout videos on the Planet Fitness Facebook page so if you’re late I’m positive they’ll let you in the class.

Fun things to do from NASA for kids and adults 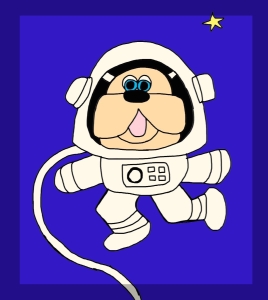 “NASA’s website has a plethora of opportunities for kids and adults alike to learn more about astronomy and spaceflight. Whether you want to be an astronaut, kill some time learning about the universe or help the agency work on future space exploration activities, there’s no lack of things to do.”

“So, if you’re looking for a little out-of-this-world escape while you’re stuck at home, There is a list of free space-themed activities from NASA to keep you occupied.”

Get out in the open -no charge at National Parks 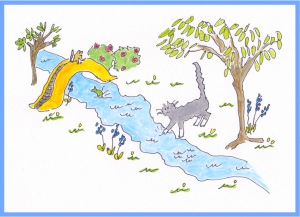 The National Park Service is waiving entrance fees at all national parks that remain open during the coronavirus pandemic in an effort to aid public social distancing.

“This small step makes it a little easier for the American public to enjoy the outdoors in our incredible National Parks,” Bernhardt said in a news release Wednesday.
“Our vast public lands that are overseen by the Department offer special outdoor experiences to recreate, embrace nature and implement some social distancing.”
Scroll down for more posts in this series.

I can’t say I enjoyed college courses.  It was all work and no play as I was paying my own way through school.  It was academically rigorous and difficult.  When I wasn’t working I was studying.   I love learning but the pressure of academics was hard.

I still love to learn and now I always give myself an A+ . . . even if I drop the course.  When I read about major Universities offering on-line classes for free my jaw dropped.  Here’s the info:

Coursera and Udacity & edX (computer and tech courses), which are set up as for-profits, said they are committed to keeping their classes free and have each raised millions from venture capitalists.  Here’s some of the things currently on-line and planned for the future. http://www.class-central.com/

Harvard University and the Massachusetts Institute of Technology are teaming up in a $60 million venture to provide classes online for free. The move is the latest by top universities to expand their intellectual reach through the Internet — a trend that is changing higher education.

Last month, Stanford, Princeton, Berkeley, the University of Pennsylvania and the University of Michigan announced that they were working with Coursera, a Silicon Valley startup, to put more than a dozen classes online this year in subjects ranging from computer science to public health to poetry.

Earlier this year, Stanford professor Sebastian Thrun, one of the inventors of Google’s self-driving car, announced he was leaving the school to start a company called Udacity, which would hire world-class professors from leading universities to create free online classes.

Coursera and Udacity, which are set up as for-profits, said they are committed to keeping their classes free and have each raised millions from venture capitalists.

NPR’s Steve Henn tells All Things Considered host Robert Siegel that the companies grew out of an experiment at Stanford last year that allowed anyone to take computer science classes online — and get graded — for free. The classes attracted hundreds of thousands of students from all over the world.

Harvard and MIT are creating a nonprofit called edX; the universities are investing $30 million each — significantly more than what has been raised by their West Coast for-profit competitors.

Henn says Harvard and MIT also pledged to release their software for free when it’s fully developed, as an open-source product for anyone to use.

“They’re inviting other universities to use the platform and put their own classes online for free,” he says.

For now, students can get a grade, but the schools won’t count the class toward a degree if a student wants to matriculate.

“None of these universities are offering a degree program unless you pay,” Henn says.

He says interest in online courses has exploded because it’s become much cheaper and easier to put a class online. “That has combined with using technologies in new ways to make these online classes better.”

Interactive quizzes and other tools have made it possible to deliver a class that really has value to hundreds of thousands of students, Henn says.

“In the early days of online education,” he says, “basically you had a camera in the back of a lecture hall videotaping a lecture. This is really quite different.”

The classes present an opportunity to students who wouldn’t otherwise be able to take classes — for health, money or geography reasons.

“Perhaps some day there may be people who never leave their basement,” Henn says. “I think at this point, there are many thousands more people around the world [for whom this provides] a window that opens and allows them to see a bigger, broader piece of the world than they could before.”

Here’s the link that offers all the courses from the Universities on this page. https://www.coursera.org/

How to Respond Better to Stress: Three “C’s” and one “L”

Lori, a friend who underwent breast cancer treatment sent me a note with this article about stress which reflected how she coped with the intense stress she experienced after her diagnosis. “Not everyone experiencing the same stressful challenges gets sick or overcome by worry and anxiety. . . .The effects of a stressful challenge are […]