“Only six countries currently give women and men equal rights, a major report from the World Bank has found.
Belgium, Denmark, France, Latvia, Luxembourg and Sweden scored full marks of 100 in the bank’s “Women, Business and the Law 2019” report.” 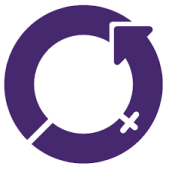 in the areas studied by the World Bank until 2073.”

But countries in the Middle East and Sub-Saharan Africa averaged a score of 47.37, meaning the typical nation in those regions gives women under half the legal rights of men in the areas measured by the group.
“The study aimed to “develop a better understanding of how women’s employment and entrepreneurship are affected by legal discrimination,” highlighting “how women must navigate discriminatory laws and regulations at every point in their careers, limiting their equality of opportunity.” It did not measure social and cultural factors, or how effectively laws were enforced.”
The criteria analyzed were:
(Those were broken down into questions such as: “Can a woman travel outside her home in the same way as a man?” and “Is there legislation specifically address domestic violence?”)
Overall, the global average came in at 74.71 — an increase of more than four and a half points compared to a decade ago. But the score indicates that in the average nation, women receive just three-quarters of the legal rights that men do.
“If women have equal opportunities to reach their full potential, the world would not only be fairer, it would be more prosperous as well,” World Bank Group Interim President Kristalina Georgieva said.
“Change is happening, but not fast enough, and 2.7 billion women are still legally barred from having the same choice of jobs as men.” 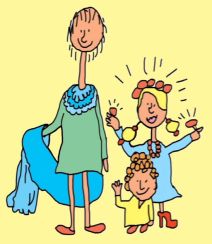 In 1977, the United Nations General Assembly invited member states to proclaim March 8 as the UNDay for women’s rights and world peace.

Internationally, purple is a colour for symbolising women. Historically the combination of purple, green and white to symbolise women’s equality originated from the Women’s Social and Political Union in the UK in 1908. Purple signifies justice and dignity. Green symbolises hope. (White represents purity, but is no longer used due to ‘purity’ being a controversial concept.)

The campaign theme provides a unified direction to guide and galvanize continuous collective action, with #BalanceforBetter activity reinforced and amplified all year.

Who Knew? What is Octopamine and how do you get it?

The Secret to Motivation eludes me – that’s obvious from all the research on motivation we’ve posted!  I probably have a bit of attention deficit since I tend to swing wildly from interest to interest.  Put that together with my reverence for octopuses I couldn’t resist sharing it with you. (jw) People take it octopamine to […]