Lucy never is at a loss for creative projects.  Hamilton has captured her imagination.  She created hair do’s out of magic clay that fit her Lego Hamilton characters, and made them a stage. She is currently making a hotel for the Lego cast to stay in when they go to New York to perform.

HAMILTON in all it’s glory

Hamilton was primary author of the Federalist Papers, one of the founding fathers of the United States, the founder of the nation’s financial system and first US Treasury Secretary.  He worked closely with George Washington. 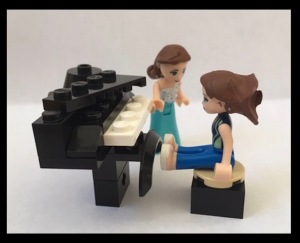 Philip and Eliza with piano

Eliza was Hamilton’s wife.  Philip, his son, was killed in a duel (before Hamilton was). 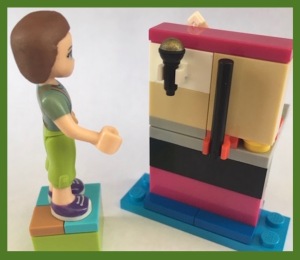 “Don’t let them know what you’re against or what you’re for
You can’t be serious
You wanna get ahead?
Yes
Fools who run their mouths off wind up dead”

Aaron Burr, another founding father of the United States.  His role in developing the nation was a bit overshadowed when he killed Hamilton in a duel.

Stage with lift in back to raise actors

And I’m not throwing away my shot”

Body Weight Has Surprising and Alarming Impact on Brain Function

Summary: Obesity and higher body mass are linked to decreased cerebral blood flow. Lower cerebral blood flow is associated with an increased risk of Alzheimer’s disease and a range of psychiatric disorders. As a person’s weight goes up, all regions of the brain go down in activity and blood flow, according to a new brain […]