The positive view is that April Fools’ is good for one’s health because it encourages “jokes, pranks, and belly laughs and brings all the benefits of laughter including stress relief and reducing strain on the heart!

Here are some April 1st pranks pulled on whole populations.  You decide if they are creepy or fun-filled:

P.S.  Click here to find out the science behind WHY WE ARE SO GULLIBLE

1957: “Swiss Spaghetti Harvest. The BBC broadcast a film in their Panorama current affairs series purporting to show Swiss farmers picking freshly-grown spaghetti from the family “spaghetti tree”. At the time spaghetti was relatively little known in the UK, so that many Britons were unaware that it is made from wheat flour and water; a number of viewers afterwards contacted the BBC for advice on growing their own spaghetti trees.  The BBC was later flooded with requests to purchase a spaghetti plant, forcing them to declare the film a hoax on the news the next day.”

1992: “Airline passengers descending into Los Angeles Airport might have experienced a momentary feeling of panic when they looked out the window and saw an 85-foot-long yellow banner on the ground that spelled out, in 20-foot-high red letters, “Welcome to Chicago.” It was raised above the Hollywood Park race track, which lay directly along the flight path for arriving planes, about three miles from the airport.”

1976: “During an early-morning interview on BBC Radio 2, the British astronomer Patrick Moore announced that at 9:47 AM that day a once-in-a-lifetime astronomical event was going to occur. Pluto would pass behind Jupiter, and this planetary alignment would temporarily counteract and lessen the Earth’s own gravity. Moore told his listeners that if they jumped in the air at the exact moment the alignment occurred, they would experience a strange floating sensation. When 9:47 AM arrived, the station began receiving hundreds of phone calls from listeners claiming to have felt the sensation. One woman reported that she and her friends had risen from their chairs and floated around the room. Moore had intended his annoucement to be a spoof of a pseudoscientific theory that had recently been promoted in a book called The Jupiter Effect, alleging that a rare alignment of the planets was going to cause massive earthquakes and the destruction of Los Angeles in 1982.” 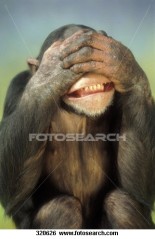 1950: “Motorists driving along the scenic Rim of the World highway near Lake Arrowhead in Southern California encountered something remarkable. All the pine and cedar trees lining the road had grown oranges overnight. The transformation turned out to be the work of the residents of the nearby town of Skyforest, led by the cartoonist Frank Adams. They had crept out during the night and strung 50,000 oranges in the trees along a one-mile section of the highway. The fruit was left over from the recent National Orange Show in San Bernardino.”

1984: “The Orlando Sentinel featured a story about a creature known as the Tasmanian Mock Walrus (or TMW for short) that many people in Florida were said to be adopting as a pet. The creature was four inches long, resembled a walrus, purred like a cat, and had the temperament of a hamster. What made it such an ideal pet was that it never had to be bathed, used a litter box, and ate cockroaches. In fact, a single TMW could entirely rid a house of its cockroach problem. However, the local pest-control industry was said to be pressuring the government to ban TMWs, fearing they would put cockroach exterminators out of business. Dozens of people called the paper trying to find out where they could obtain their own TMW. Skeptics noted that the photo of a TMW accompanying the article showed a creature that looked suspiciously similar to a Naked Mole Rat.”

FAT SOX – Loose Weight from the “bottom” up.

2000: “The Daily Mail revealed that Esporta Health Clubs had launched a new line of socks, dubbed FatSox, designed to help people lose weight. These revolutionary socks actually sucked body fat out of sweating feet, promising to “banish fat for ever.” The American inventor of this weight-loss product, Professor Frank Ellis Elgood, explained that the socks employed a nylon polymer called FloraAstraTetrazine “previously only applied in the nutrition industry.” As a person’s body heat rose and their blood vessels dilated, the socks drew “excess lipid from the body through the sweat.” After having sweated out the fat, the wearer could then simply wash the socks, and the fat, away.” 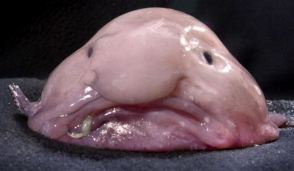 Bob Blowfish sez: “A fish out of water is not a prank, no matter what the occasion.”

In Italy, France, Belgium, The Netherlands, and French-speaking areas of Switzerland and Canada, April tradition is often known as “April fish” (poissons d’avril in French, aprilvis in Dutch or pesce d’aprile in Italian).

This includes attempting to attach a paper fish to the victim’s back without being noticed. Many newspapers also spread a false story on April Fools’ Day, and a subtle reference to a fish is sometimes given as a clue.

Click here to Learn WHY WE ARE SO GULLIBLE

Loneliness: 5 things you may not know

Click on the CURIOUStotheMAX link to see special posts   how-to techniques and information on coping with isolation, anxiety, depression during these uncertain times during the pandemic (a bit of humor too).   Nearly everyone feels lonely at some point. The good news is, for many of us, it’s a temporary condition, perhaps one caused by a […]