There are few people whose life’s work honors their mothers.

This spectacular photographs by Kirsty Mitchel are all inspired by her mother.  An excerpt from her biography:

“I was born in 1976 and raised in the English county of Kent, known to many as the ‘Garden of England’. My earliest memories were always of the stories read to me by my mother as a child … how it felt to be curled into her side, listening to the rush of her breath as she paused for effect, before launching into yet another characters voice. She was an English teacher, and read to me almost everyday, to an age I could no longer admit to my friends. She instilled in me the most precious gift a mother could, her imagination and a belief in beauty…… it became my root, and the place I constantly try to return to in my work, and my dreams.”

“Tragically my mother was diagnosed with a brain tumour, and my world fell apart. Photography became my only escape when I could no longer talk about how I felt. I lost myself in street portraiture, focusing on those who reflected my own sadness and loss. I later turned the camera inwards, and began photographing myself throughout the hardest year of my life. It became an utter fantasy that blocked out the real world, and a place where I could return to my memories of her, far away from those hospitals walls.”

“She died in November 2008 and that was when photography engulfed me, becoming an overwhelming passion that I could not stop. I found myself producing pieces that echoed the memories of her stories, and the belief in wonder I have always felt since a child.” 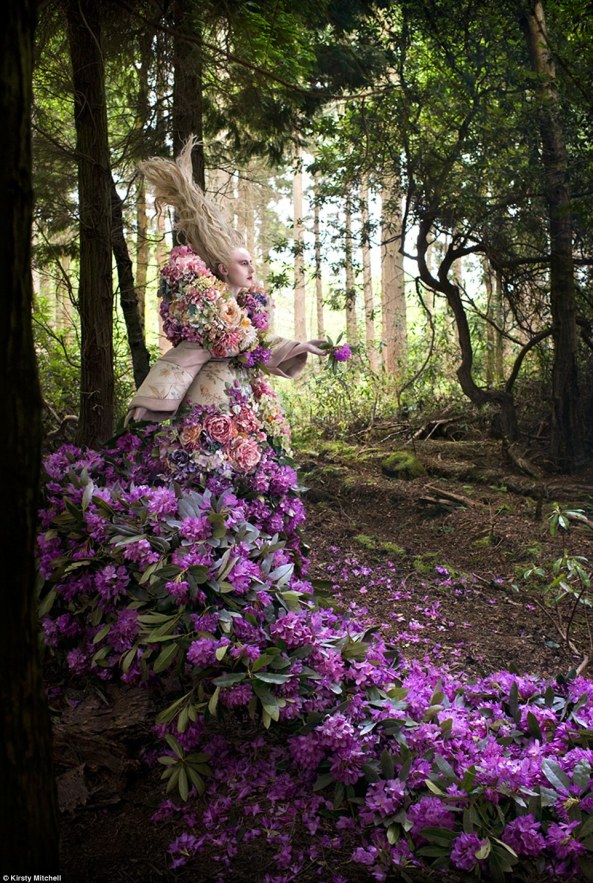 This is her website where you can read about her WONDERLAND project and see all her portfolio:  http://www.kirstymitchellphotography.com/

It always “cracks me up” (figuratively speaking) when I see those signs for Chick Fil A.  NOW here’s even better news . . .  whether you are a cow OR a chicken .  Listen to this Nutrition Facts short video on improving depression and anxiety through what you eat:   http://nutritionfacts.org/video/improving-mood-through-diet/ And for those of my […]