“Science is not only compatible with spirituality; it is a profound source of spirituality. When we recognize our place in an immensity of light-years and in the passage of ages, when we grasp the intricacy, beauty, and subtlety of life, then that soaring feeling, that sense of elation and humility combined, is surely spiritual … “

Hold up your hand for just a second.  Feel anything?

At any given second 100 trillion neutrinos are passing through your body  . . .RIGHT NOW.

The majority of neutrinos in the vicinity of the Earth are from nuclear reactions in the Sun. The solar neutrino flux for us on Earth is about 65 billion neutrinos, passing through just one square centimeter of area on earth, every second.  That’s a lot of neutrinos and we are not able to see them, sense them nor understand them. 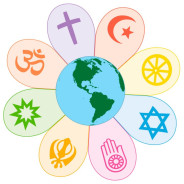 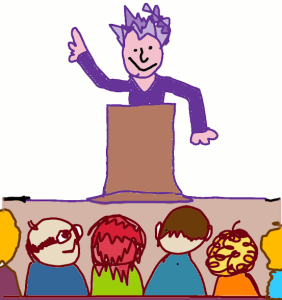 There is so much, too much, that is not perceivable to our limited senses nor explainable by our reason.

I was a psychotherapist in private practice for 30 years.  Not only did people share their fears and sorrows but unexplainable encounters with spirits, near death experiences and life altering experiences with the divine. I admit I was sometimes skeptical.  Over time it became impossible, to dismiss what intelligent, discerning people shared.

I now think of science as one wing and religion as the other wing of a bird; a bird needs two wings for flight, one alone would be useless . . .

. . .  and I circled back to my study of faith and my belief we live a domino life where when one falls we all fall, where one succeeds we all succeed.   I discovered two faiths I’d not originally studied – Unitarian Universalism and Baha’i. They not only complemented each other but each offered something a bit different.

Baha’is believe in and share all the UU principles:

Respect for the interdependent web of all existence of which we are a part.

The Baha’i World Faith brought me full circle back to childhood and to God but it wasn’t the God of fear but of love.

When I read the three core principles which are the basis for Bahá’í teachings and doctrine: the unity of God, the unity of religion, and the unity of humanity.  From these stems the belief that God periodically reveals his will through divine messengers: Muhammad, Jesus, Moses, Zoroaster, Buddha, Krishna the Bab and Bahá’u’lláh.  It was an “ah-ha moment for me that all establishers of religion. the great religions of the world, represent successive stages in the spiritual evolution of human society. That religion is seen as orderly, unified, and progressive from age to age unexpectedly resonated.

Through decades of trials and tribulations I realize the magical thinking in my childhood, that the world revolved around me, wasn’t quite accurate . . . however,

. . .  perhaps some magical thinking persists 60+ years later.   Every morning I say a Baha’i prayer for family, friends, acquaintances,  past clients and a prayer for those who have passed.  The recitation of all the people grows longer each day and takes longer than the prayers . . . The difference between then and now is my prayers are steeped in love, not terror.

I’m attending a sermon writing workshop led by Kent Doss, the reverend at Tapestry Unitarian Universalist Congregation – not because I plan to deliver sermons but because I’m fascinated how ministers, rabbi’s, priests and preachers write and deliver something inspiring enough to capture the imagination and stir humans to transformative right action. week after week after week which seems a daunting undertaking.

To read Part I, The Interconnectedness of All Beings click HERE